I'm so thrilled and nervous to be part of the Processing Foundation Fellows of 2021. As I've been navigating through the creative computation space over the last few years, I found an encouraging community of makers, but hardly any womxn. It's not that there aren't any womxn but we are in our own bubbles, unsurely navigating through these spaces and not able to create the kinships and bonds that we need to grow.

Often we hear that "they dove into their work through a tough period in their lives", this anecdote has been true for me and I suppose many others around me. Creative coding gave me that space to heal and process some tough life changes and Coding with Friends hopes to extends and share that space with others too. One already senses a growing, informal network of friendships through creative coding. The first act of developing a new friendship is to openly share something that you hold dear (a feeling, an idea, an anecdote or even a smile).

As the next season of Coding with Friends unfolds over the coming two weeks. I'm sharing the relevant section of my fellowship proposal as a first act!

Join me and some wonderful friends from 16th-20th July 2021 for some fun, casual, exciting, emotional and soft conversations along with some code! ;)

What does it mean to have a simple intimate chat over a shared activity? Does creating with code only serve its purpose towards an output? Can the act of two friends coding together mean more than a product, a production or a performance?

Coding with Friends is an ongoing series of live streams with womxn makers and creators. These are one on one sessions, where Computational Mama invites a friend and they code together. It is a casual meeting of friends (old and new) where the act of coding together can be equated to making dimsums or folding paper cranes or even playing a board game. As the live stream unfolds, a small approachable project is live coded and developed together, generally related to the field of work of the invited guest. The coding session is accompanied by e discussing various aspects of work/life/and things in between. Much like meeting a friend - the agenda need not be too specific, and has an opportunity to steer in any direction.

Coding with Friends casually and simply claims space for womxn creators. The series extends the idea of co-coding as a form of camaraderie, friendship and self-care.

As a working professional and mother of a toddler, I turned to creative coding as an activity that was completely for me. Frameworks like p5js and hydra, gave me a chance to learn something new. This quickly became an escape, and soon a growing form of self-care. 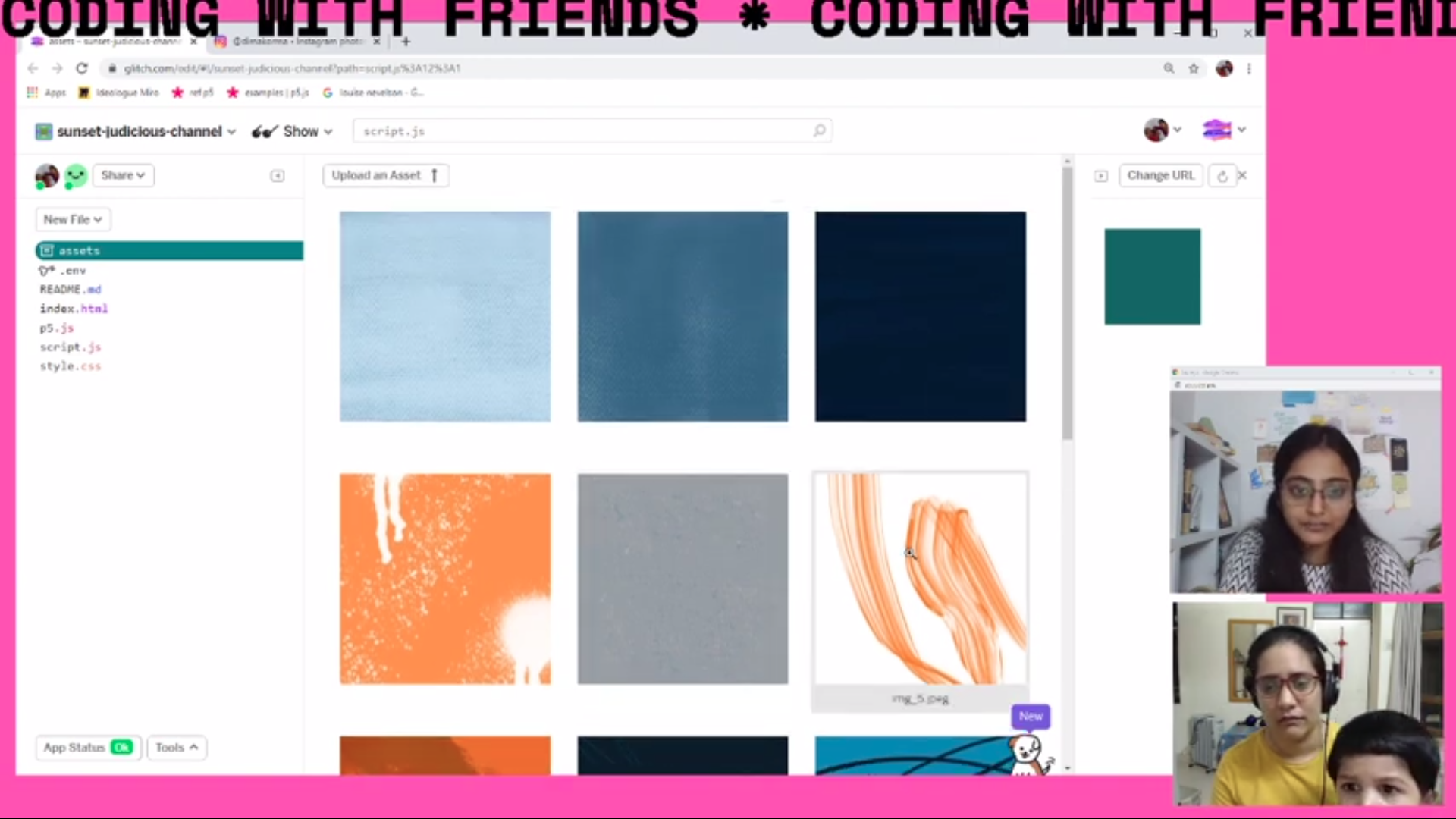 Fig 1: Screenshot from Coding with Friends - guest Saumya Kharbanda on top, Computational Mama with son below

In the summer of 2020, as the pandemic was in full swing, I started teaching p5js to a group of womxn designers online - first on Google Meet and then on Twitch. This was perhaps the first time we were in a creative coding group that was not a majority of men! Between work and child care I have been able to stream about 57 hours of p5js content - exploring the basics of creative coding.

The Coding with Friends sessions have been extremely well received, the 5 sessions totalled 3780 minutes of viewing time. The format moves away from teaching/lecture didactic and allows for connections that are based on knowledge sharing and common lived experiences.

The project sits squarely in the Continuing Support priority area as mentioned in the Fellowship Application. It dovetails into Aren Davey’s Cozy Coding project and was a key motivation for me to move from Google Meet to Twitch. Davey’s stream is a soft but powerful image of a woman coder of color in an informal setup.

I’m excited to be able to continue building and proliferating these images of womxn of all ages and color attempting to code and speaking about it from diverse perspectives.

Technology still seats itself so strongly in a male centric framework, that several womxn creators shy away from experimenting with code. Coding With Friends, reinforces ideas of care, sharing and connectedness. What could be more exciting than extending warmth and care through a positive shared experience? What could be more provocative than to build soft, understated and rooted networks of womxn creators? What can be more powerful than relationships built in safe, creative environments? The project gives an opportunity for womxn creator communities and practices around creative computation to move away from notional ideas of what code can produce, who can produce code and where it can be produced.